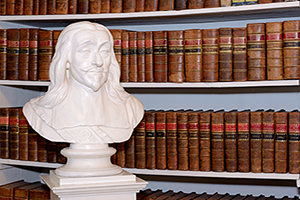 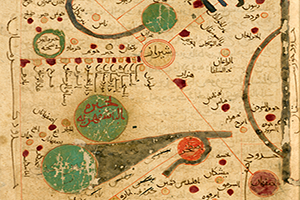 CFP “Reforming Church History. The Rise of the Reformation as an Era in Early Modern European Historiography”, October 1-3, 2018

The fundamental impact of the Reformation on church and society has been frequently discussed by scholars in the past. Included among the myriad of questions that have been posed are those regarding the history of the “true church” and consequently of the “true church history”. Pursuing this two-fold question, scholars have often investigated the incorporation of Reformation thought into the historiography of the church. A well-known example of this are Matthias Flacius Illyricus’ (1525–1575) Magdeburg Centuries, an account of church history from the first to the thirteenth century in which the Lutheran authors retrospectively sought to identify precursors of the Reformation (testes veritatis) in the past millennium and a half so that they could historically argue that the Reformation was in essence a return to the original faith confessed by the Early Church.

The Roman Catholic Church, of course, avidly refuted such historiographic perspectives. The imposing Annales ecclesiastici written by Caesar Baronius (1533–1607) are a prime example of this. Interconfessional tensions became manifest in the controversial question of whether the fundamental changes resulting from the Reformation were in accordance with the teachings of the Early Church or rather detrimental aberrations. The first five centuries became the touchstone for either confirming the Roman Catholic Church as the true heir of the Early Church or for reproaching the papacy as the source of corruption.

But when did the Reformation itself become a subject and an era of historiography in its own right? Since the late 16th century, works have been published in which the Reformations (e.g. the Wittenberg, Zurich and Genevan Reformations) are embedded into a greater historical timeframe and context. How was this historical phenomenon constructed by authors of the various confessional churches and dissenting fractions? What functions and intentions did they serve? To what extent did the Reformation change church historiography as a whole? How can one describe the different confessional understandings of the one Christian church history?

It was the Lutheran Theologian Lucas Osiander (1571–1638) who in his four-volume Epitomes historiae ecclesiasticae wrote for the first time a history of the church up to his own day, thereby including the Reformation. He was well aware of the maximae et gravissimae religionis mutationes et certamina that had arisen between Catholics and Protestants also regarding church historiography. A second example of a Lutheran church historiography is the three-volume school book entitled Compendium historiae ecclesiasticae, covering church history ab orbe condito ad nostra usque tempora. It was initially commissioned by Duke Ernest I of Saxe-Gotha and subsequently written and published by Veit Ludwig von Seckendorff (1626–1692), Johann Heinrich Boecler (1611–1672) and Ernst Salomon Cyprian (1673–1745) between 1660 and 1723. The Historia ecclesiastica of the Reformed theologian Johann Heinrich Hottinger (1620–1667) published in 1651 is also of special mention due to the fact that Hottinger embedded Christian church history into a general history of religion. For the Catholic resurgence of church historiography one merely needs to mention the Bollandistes and Maurists alongside Baronius in order to evoke a notion of the high quality and immense dimensions of studies that arose from the sixteenth to eighteenth century.

Within this extremely broad field of research the conference focuses primarily on examining the history of incorporating the Reformations into church historiography from the late sixteenth century to the beginning of the Early Enlightenment in the mid-18th century. It pursues especially questions pertaining to the varying perceptions and depictions of the Reformation that the Lutheran, Catholic and Reformed Churches and dissenting movements developed. In this context, writings can be examined that prima facie describe old church history, but at the same time form a part of the contemporary polemical bouts between the rivaling faiths.

The conference is conceived as an interdisciplinary forum for church historians, theologians, secular historians and experts in historical law and philosophy. It will combine historiographical and systematic approaches and include all confessions and dissenting movements.

The conference will take place at the Gotha Research Library (Friedenstein Castle), one of the most prominent historic libraries in Germany. The numerous and unique manuscripts, early printed books, correspondences and literary estates it holds form a reference collection for the history of Protestantism in Europe from the 16th to the 18th century.

We warmly invite you to participate in the conference by submitting a title and abstract (ca. 250 words) of your contribution to Sascha Salatowsky (sascha.salatowsky@uni-erfurt.de). The deadline is March 31, 2018. Acceptance will be notified as soon as possible upon submission. Please include your name, address, telephone number, email address and institutional affiliation.

Location: Gotha Research Library of the University of Erfurt / Germany