Tagung: Reforming Church History: The Rise of the Reformation as an Era in Early Modern European Historiography

It is no mere coincidence that church historiography flourished in the decades and centuries following the Reformation. It was apparently such a dramatic event that it had to be integrated into the respective (theological or profane) picture of history. The established images of the Reformation were reexamined and reshaped in the course of time due to various factors, including the emergence and development of interest in historical truth.

Lutheran scholars were especially active in the field of church historiography. Thus, in 1583 Andreas Wenzel held at the University of Frankfurt/Oder for the first time a seminar on church history. Some years later, Lucas Osiander wrote a multi-volume history of the church up to his own day, thereby including the Reformation. In 1650, the first professorial chair specifically designated for church history was established in Helmstedt. Of course, Reformed and Catholic scholars just like dissenting movements (Anabaptists, Anti-Trinitarians etc.) also formed their own perspectives on the Reformation. In his Historia ecclesiastica, for example, the Reformed theologian Johann Heinrich Hottinger embedded Christian church history for the first time into a general history of religion. For the Catholic resurgence of church historiography one merely needs to mention the Bollandistes and Maurists alongside Caesar Baronius and Jacques-Bénigne Bossuet in order to evoke a notion of the high quality and immense dimensions of studies that arose from the 16th to 18th century.

Within this extremely broad field of research, the conference focuses primarily on examining the history of incorporating the Reformations into church historiography from the late 16th century to the beginning of the Early Enlightenment in the 18th century. It pursues especially questions pertaining to the varying perceptions and depictions of the Reformation that the Catholics, Lutherans, Calvinists and dissidents developed. In this context, writings will be examined that prima facie describe old church history, but at the same time form a part of the contemporary polemical bouts between the rivaling faiths.

The conference is conceived as an interdisciplinary forum for church historians, theologians, secular historians and experts in philosophy. It will combine historiographical and systematic approaches and include all confessions and several dissenting movements.

The conference is sponsored by the German Research Foundation (DFG). 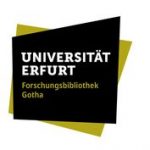